With more brands experimenting, believing & advocating the digital medium, the need to understand the digital consumer is ever so high. Today the consumer has more power, more information and choice than ever before. This makes decision making a complex affair for the consumer. Gaining insights into a customer journey, improving the user experience, influencing conversions directly or indirectly are some of the motives of implementing analytics.

Google Panda 4.0 Update- Will it affect your business in Dubai?

Google is rolling out our Panda 4.0 update starting today.

Build an Audience that Builds your Business 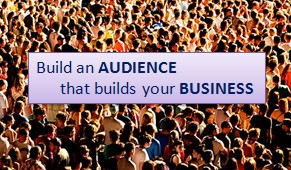 Previously we talked about the need for smart content marketing and building a loyal and trusting audience. We discussed why it is important to be the go-to guy in your sphere of business. Now let’s try and figure out how we are going to accomplish all these goals-how to create valuable content and build an audience that promotes your business in the long run. Google updates its search algorithm, 500 times in a year. But the most widely known updates were the Google Panda in 2011 and Google Penguin in 2012. Google continued its animal themed updates with the Hummingbird. Whereas Google Panda and Penguin were updates to the existing algorithm, Google Hummingbird completely replaces the old algorithm.

When we were children, our parents were the supreme authority on any topic under the sun. From “Why is the sky blue?” to “Where do babies come from?” our parents learn to come up with quick and innovative answers to our questions. When we reached school, our teachers took over that sometimes uncomfortable job.

Looking good is an ongoing pursuit, for majority. Only exceptions could perhaps be new born babies who are in great shock soon after they arrive. Good looks attract & demand attention. Rulers of nations as well as ordinary people spend considerable time and money to look good. Good looks increases respect in addition to popularity and likability.

A web site can be promoted in many ways. Advertising used to the most common option. In the beginning there was banner advertising. Then came search marketing – search engine optimization and search advertising. As search engines evolved, the importance of content in websites increased. What initially started as a sub set of SEO, is growing steadily in importance. By and by, Content marketing evolved.