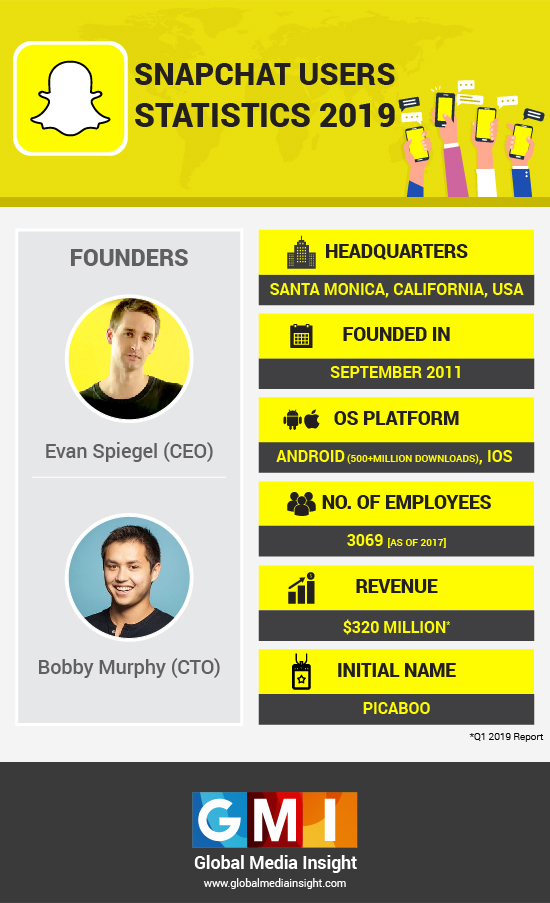 One of the largest social media platforms today, Snapchat was founded by Evan Spiegel (CEO) and Bobby Murphy (CTO) in September 2011. It has grown to employ more than an estimated 3069 employees (according to 2017 reports), having crossed over a revenue of $320 million in the first quarter of 2019.

From 46 million daily users in 2014, Snapchat’s daily users have grown to 190 million users, from all over the globe. 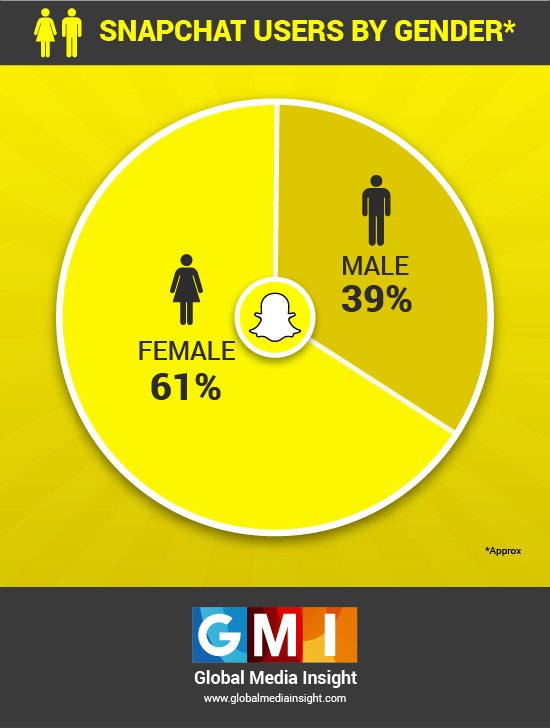 Studies show a major gap in user behaviour when it comes to gender. We found out that roughly 61% of the users were female, only remaining 39% make up the male user base.

Check out the other interesting facts about this relatively new social platform.

Did you know that on average, people under the age of 25 use the app for around 40 min every day? 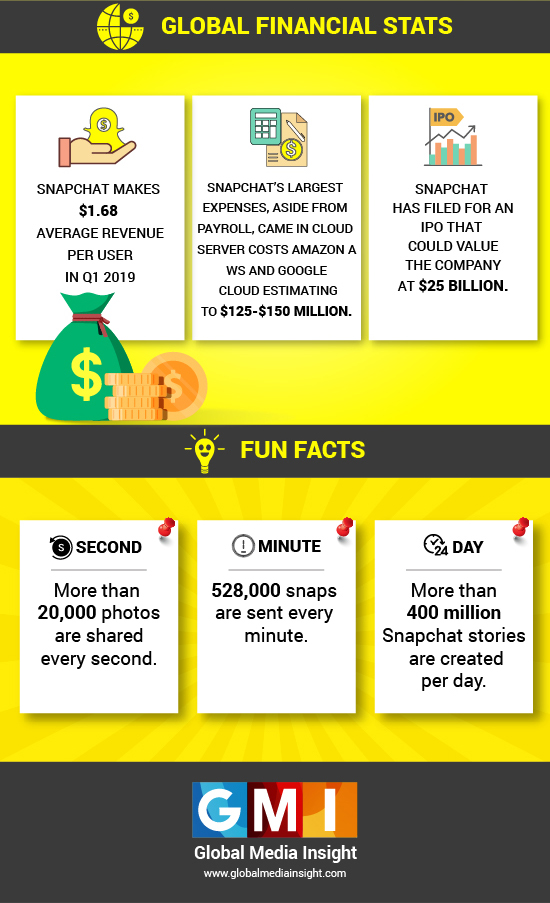 According to the reports for the 1st quarter of 2019, Snapchat stands to make an average of $1.68 revenue per user. Apart from payroll expenses, the only other major expense they incurred happens to come from their cloud server costs, building up to an estimated $125-$150 million dollars. They have also filed for an Initial Public Offering (IPO) that could value their company as much as $25 billion. 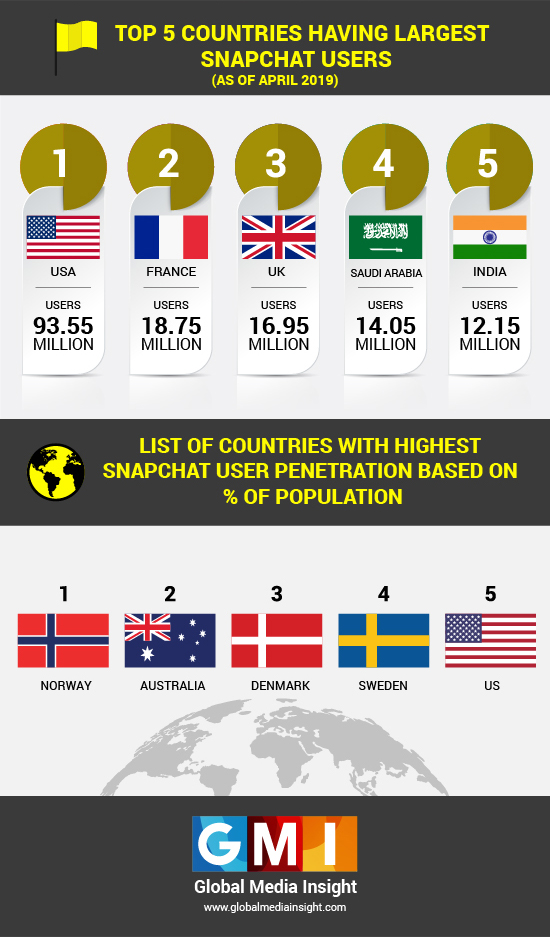 The top 5 countries using Snapchat are the US, France, the UK, Saudi Arabia, and India.

The top 5 countries with the highest Snapchat user penetration based on population are Norway, Australia, Denmark, Sweden, and the US.

Want to target the millenials and Gen Z-ers as part of your social media strategy? Having an analytics team working round the clock to get you the information you need will not only help you formulate immediate goals but also help you plan for the long road ahead. With 19 years of experience behind us, GMI has helped in shaping the digital presence of some of the biggest brands in the Middle East. Get in touch with our Digital strategists to formulate uniquely crafted digital strategies to take your brand to your target audience.