Posted by GMI Blogger Posted in Infographics,Social Media Marketing
May 28th, 2021 at 05:18am 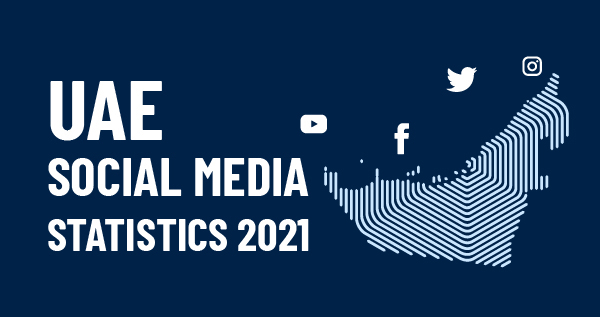 The Emirati population has taken to social media like fish to water. Emiratis, on average, spend 2.57 hours on social media daily. Much like in the rest of the world, social media has become one of the most essential parts of daily internet usage in the UAE. It has given a voice to the ignored and served as a melting pot of ideas of all kinds.

Dropping smartphone prices, have driven the massive increase in the usage of mobile phones across the UAE. The large scale rise in the adoption of social media can be attributed to the easy availability of super-fast internet at very low prices. The explosion in YouTube usage is due to the increased prevalence of fast internet connectivity. WhatsApp’s willingness to keep reinventing its product and keep offering novel experiences to its customers is the reason that it has surged past all other competitors and established a unique niche of its own among chat apps.

Social Media Users in the UAE

YouTube is the most popular social media platform in 2021 with 7.89 million users. Almost 79% of the UAE’s population has profiles on Facebook while YouTube’s penetration also stands at 87.40%.

Facebook has found favor among the commercial entities, the political class as well as the masses of the country. The latest statistics for 2021 show that, with 7.85 million users, Facebook is poised to remain a potent force for many years to come. Several popular brands use their Facebook profiles to reach out to fans and provide them unique offers and messages.

Popular Social Networks in the UAE

Popular Messenger Apps in the UAE

Predictably WhatsApp is the most popular chat app in the UAE. WhatsApp has 7.97 million users in the UAE, which is 80.20% of the country’s total population. FB Messenger, with 6.40 million users and 64.40% penetration among the UAE population, is second. Despite frequent disruptions in service, Skype remains third in popularity with 3.34 million users, while Snapchat, which is really popular among teenagers, has 3.32 million users. Fifth in the list of 2020 social media chat apps is WeChat with 2.40 million users.

The Future of Social Media in the UAE

From being a force for connecting people, social media has now evolved into a major advertising medium for brands to connect with their customers. Social groups play a massive role in connecting people with similar interests and they can also serve to motivate people to improve themselves. Facebook communities are also playing increasing roles in ever-transforming global geopolitics.

If you are looking for an SEO Agency in Dubai to improve your organic reach or looking for an entry into the world of social media or that perfect boost to your social media campaign, then Global Media Insight is the perfect choice for you. Our 20 years of experience in the digital field has given us unmatched expertise in social media and what makes it tick. Our social experts are adept at curating the perfect message for your brand that can resonate with exactly the kind of audience that you are looking to reach. Get in touch with us today for a tailor-made social strategy that is perfect for you.