Posted by GMI Blogger Posted in Infographics,Social Media Marketing
October 15th, 2020 at 07:00am 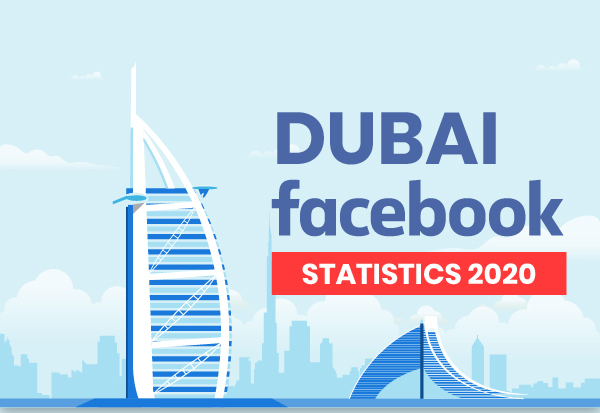 The 2020 Dubai Facebook statistics will explain more about it.

Dubai is the largest Facebook using Emirate in the UAE with 4 million users as of 2020. Though the region witnessed an 11% drop in userbase between 2018 and 2020, Dubai still remains the top market for Facebook, with around half of the total UAE Facebook population.

Gender imbalance in Facebook population is a common sight across the UAE. Men use the platform more frequently than women in not only Dubai but also other emirates. In 2020 also the trend remains the constant with 74% male users and 26% female users. However, what is even more striking is the decline in userbase. Compared to 2018 figures, there is a drop in both men and women users by 12.2% and 7.5% respectively. 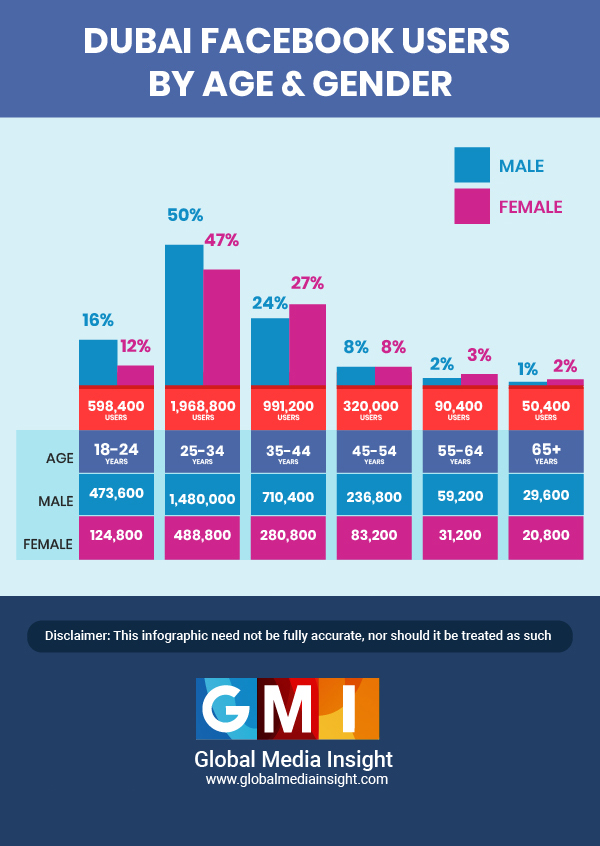 There are user representations from all age groups, thanks to the huge popularity of the medium. In 2020, the highest representation is garnered from the 25-34 age group with 1.9 million users and the lowest representation is from the 65+ group with barely 50,400 users. The trend is quite repetitive of the 2018 stats except for the drop in numbers. But, what cloud be a warning sign for Facebook is the major loss of millennial users. The 18-24 group has shrunk by 31.8% between 2018 and 2020. 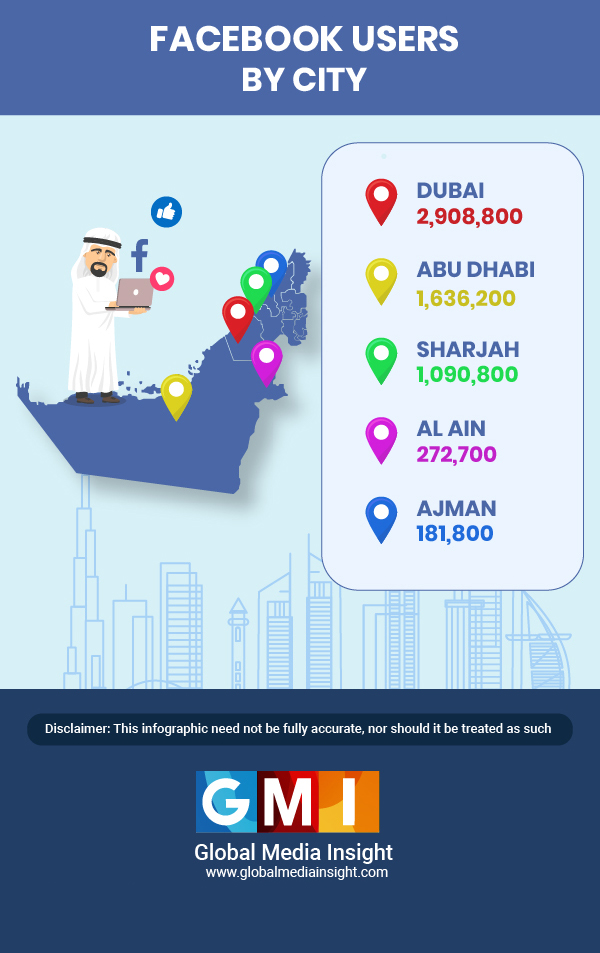 Facebook is facing a downward trend in Dubai year after year, with the lowest user rate reported in 2020. Yet, it is the 10th most searched term in the region. Also, considering the volume of users and their daily average time spent, it is certainly not right to rule Facebook out from your marketing strategy. Even if the prominence is waning, you can still build a loyal fan following for your brand using Facebook marketing.

If you are a business operating in Dubai and would like to build a more robust and active social media presence to connect and engage with your specific set of customers, build conversations with them and eventually grow your user base and sales figures, feel free to get in touch with us.